Voice recognition has made many operations easy for us so our RPA team had an idea to implement voice recognition in Uipath and we succeeded in doing it! Read to know-how.

In this case study, we will see how to implement voice recognition with python code and make it more interactive attended robot. Let us see how to implement our bot to a kiosk in a restaurant drive-thru. In this kiosk, there will be a list of sandwiches. The user has to tell the food item number and the item quantity of the food they like to have. After the user tells, the robot clicks on the OK button and calculates the total price of the order placed.

Let’s see how it works.

Building up the Workflow:

We can install pyaudio and Speech recognizer by using the following commands:

Now, we can install the python package in uipath. Use python scope activity where we can use other python activities. Specify the version of python you have installed in your machine and also specify the folder path where you installed python on your machine.

Then use load python script activity, which loads your python code into uipath. Give the file path of your code and the result variable is of the python object type. Then insert a beep activity in order to know that code has loaded and is ready to listen to the user’s voice or you can also have something like a message box. Now add invoke python method to your workflow, which is used to run a specified method from the python code directly in a workflow. Specify the instance and the output variable should be python object. 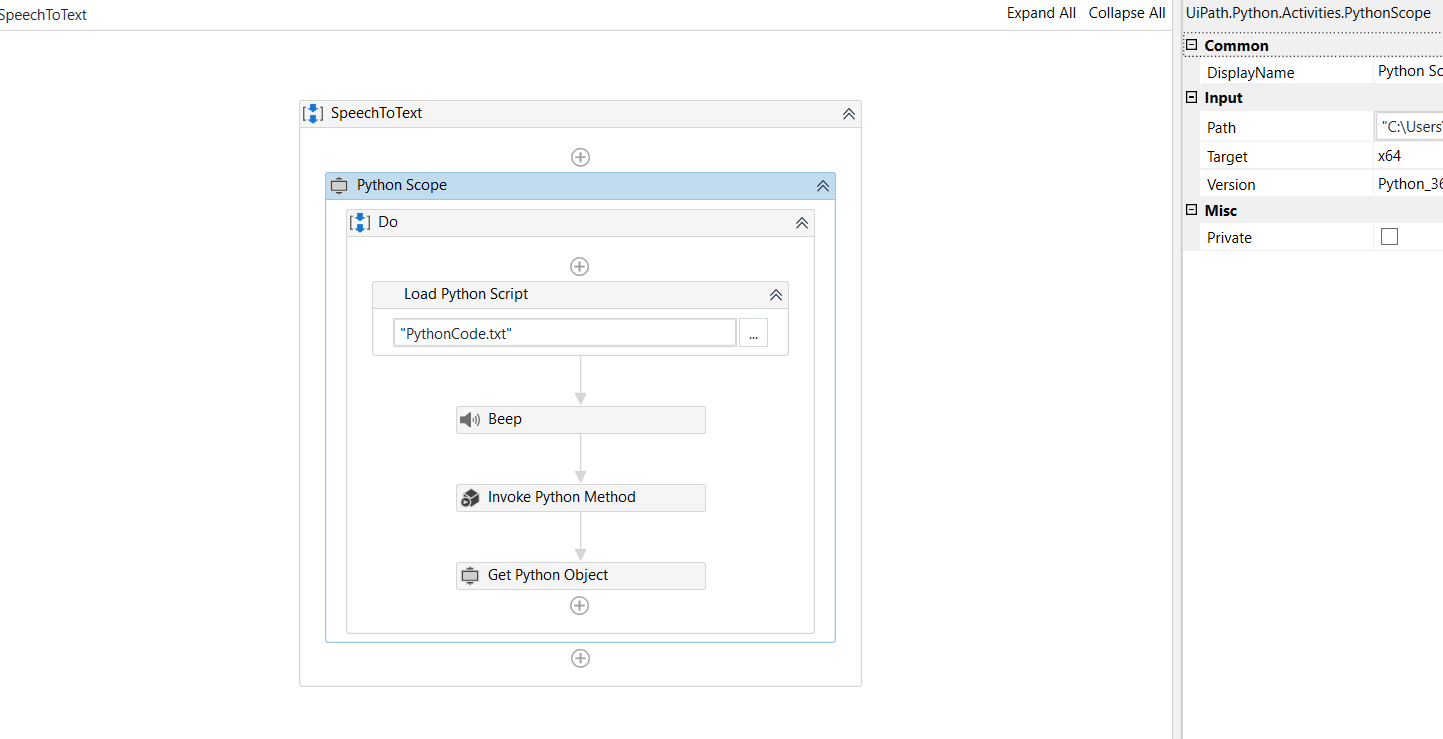 The final workflow will look like the above image.

Create another workflow, install google speech packages and from that, we will use text to speech activity. As I said earlier this package is so efficient but the only thing is that we can’t remove the start and stop button while using speech to text activity. Add text to speech activity and specify the language, service account file and the text we need to convert into voice. 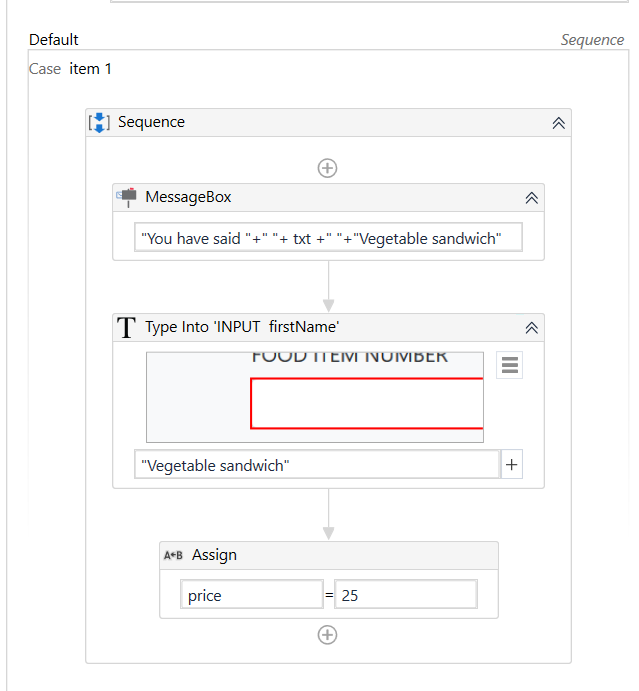 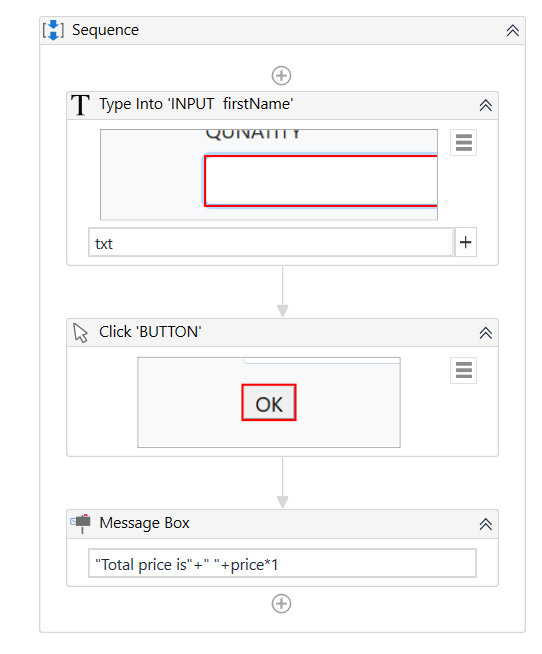 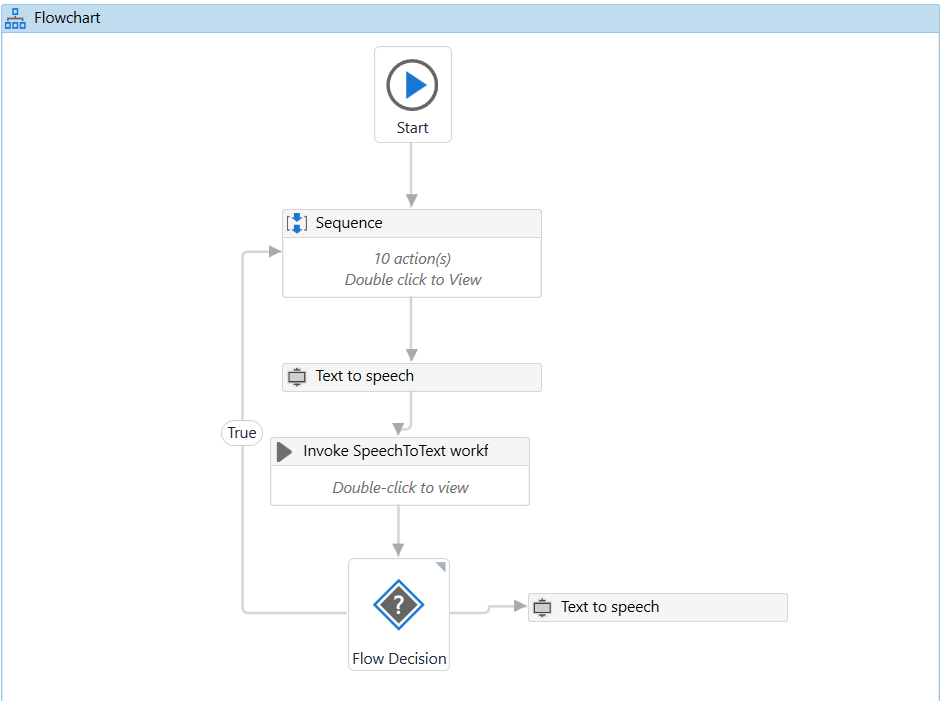 The final workflow will look like the above image.

From this case study, you can make interactive bots with voice recognition.

You can see the bot in action by clicking the magic link below:

Trusted by the best