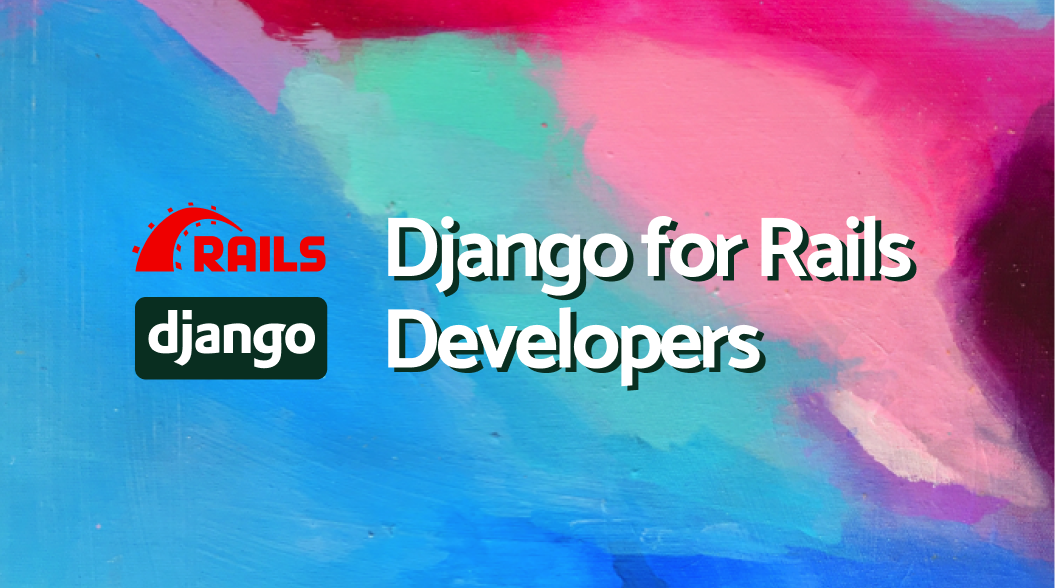 Are you a rails developer? Do you want to get started with Django? Django which is a free and open-source web application framework uses a collection of modules written in python that helps you ease the development process. Using this article you can easily port over to Django. Read to kickstart your journey on Django!

For the past 3 years, I’ve worked on both Rails and Django. Though Rails is my favorite (Yes, Swaathi made me write this), I would like to show you how similar and sometimes strikingly different both are. This article helps any Rails dev easily port over to Django. Well, what are we waiting for, let’s get started! :D

Make sure you have Python (at least 3) installed. Then just do this,

Rails follows the MVC (Model, View, Controller) architecture. The Model is a representation of the database structure that is encapsulated in the host language. The Controller acts as an interface between the outside and inside world of a web framework. This is basically where requests are received and processed before responding. The View is a template that is shown to the user.

Rails uses “app” to represent the working directory. Whereas in Django, “project” is used.

Both Rails and Django come bundled with a local web server. The default port is 8000 in Django and 3000 in Rails. The Django server is a light weight server purely written in Python where as in Rails the server is a Puma web server.

Manage.py is the most important file when it comes to Django. This manage.py has the core functions required like makemigrations, migrate, runserver and so on.

Unlike Rails the migrations in Django need two steps. Those are “make migration” and “run migration”. In Rails, we create migrations for the models at the entire application level. But in Django we need to write all the fields required and the models methods in the model.py of the corresponding app.

Both in Rails and Django models function as the same except for the fact that the fields of the model have to be mentioned in the model file in Django. But similar to Rails, we include the model methods and validations in the model file. In Django, model files are created in the app’s root directory.

In Django views are similar to the controller in Rails. They act as the interface between the model and template. We define the actions in the views.py in the corresponding app directory similarly like controllers in rails.

The basic elements in Jinja 2 are

Urls.py are more like routes.rb in Rails. In Django, the URL specifies the view function for each path and action. The URLs corresponding to each app is available in the app’s root directory. Don’t forget to import views in the urls.py in the main project urls.py.

One of the main changes, that has to be considered while working on Django is that we need to import the necessary library files in each model, view, and URL, unlike in Rails where everything is included when the app executes.

I hope this gives a good idea for a Rails developer to get started with Django! Try it out and let me know what you think! :)