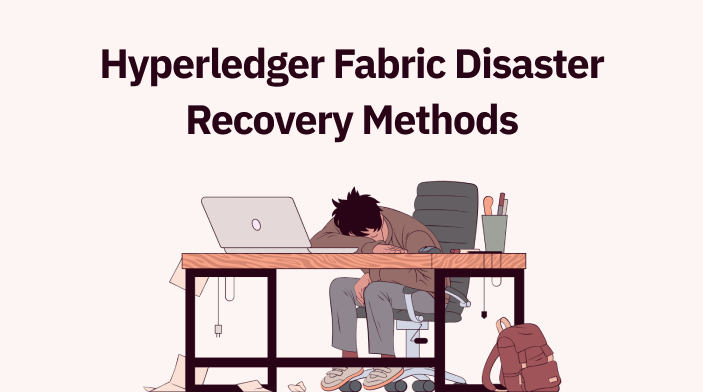 Are you using Hyperledger Fabric to develop your blockchain idea? Go a step further and learn how to make it truly foolproof with this article.

Hyperledger Fabric is gaining potential day by day. Many enterprises are trying fabric in their applications. When using large networks involving more number of peers and orderers, it is very essential to maintain a backup of the ledger data. It will help in case there is a network failure. It will also help in the development phase as one can use the backup data to perform future tests.

In this article, I will address how to take a backup and how to use the backup in a Hyperledger Fabric.

Location of Ledger Data in Containers

To take a backup, it is necessary to create space to store data. As the network runs inside Docker containers we shall use volumes to achieve this. I will be using a basic network with one peer, one orderer, one ca and one CouchDB. As we have one peer and one orderer, we need to create two volumes, say backup_orderer and backup_peer. We need to specify these as volumes in docker-compose.yml file as below.

This will create two volumes at the time of starting a network.

The next step is to mount these volumes to the containers. For a peer, we can define volumes as shown below.

For an orderer, we can define volume as shown below.

Now we are ready to start the network by executing docker-compose. All the data that we generate as part of the transactions will now get copied to the volumes. One can use the cloud to store the data in volumes.

In peers, ledger data gets stored in /var/hyperledger/production. production folder has three subfolders namely chaincodes, ledgersData, transientStore, Inside ledgersData we have six folders namely bookkeeper, chains, configHistory, historyLeveldb, ledgerProvider, pvtdataStore. Inside chains we have two other folders namely chains, index. chains folder has all the channel data, a folder with channel name and complete blockchain of that channel (file blockfile_000000).

In the orderer, ledger data gets stored in /var/hyperledger/production. production has orderer folder. orderer has two folders namely chains, index. chains has folders with names of channel and testchainid. All the folders have blockfile_000000.

Steps to Use Backup Data

Now we have the backup data. You can find the volumes at /var/lib/docker/volumes in your machine or else in the cloud if you stored there. Mount the end point of volumes to the /var/hyperledger/production of peers and orderers in docker-compose.yml.

Start the network by executing a docker-compose file. As the volumes are mounted, the ledger data will automatically get copied to the new network. There is no need to create channels and join peers, as all the required data is copied to respective folders in containers. Check whether the data is perfect or not by executing queries.

If you have any doubts or stuck somewhere you can comment below and let us know, we will try to answer as soon as possible. 😀

Three things that matter for an RPA Success Story