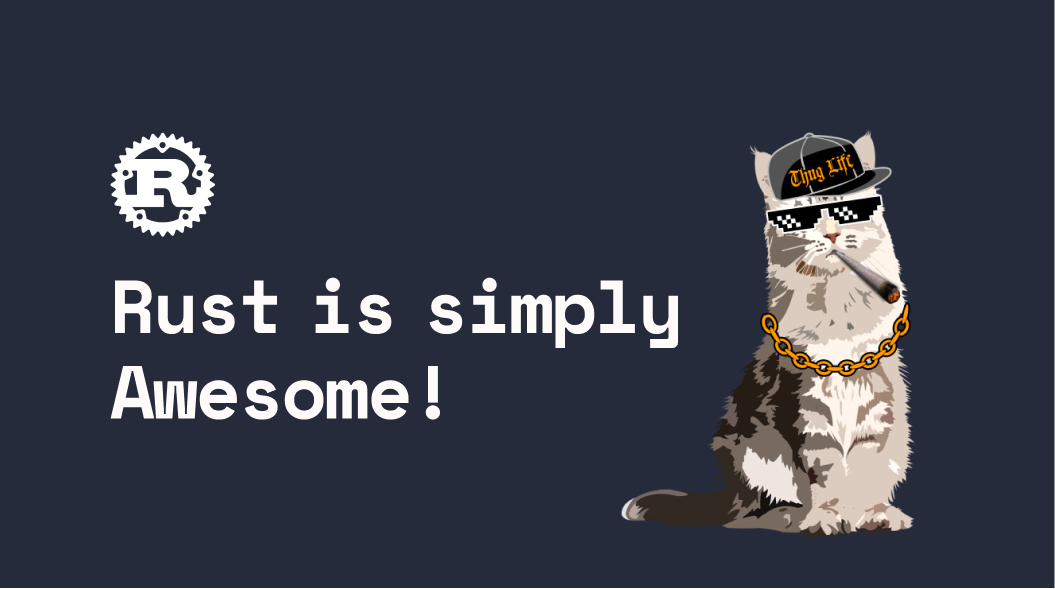 In this first article of a series, sathish talks about what he thinks about Rust programming language and what you can do with it.

Hi People! This is Sathish, Developer at Skcript who loves to code with Node JS & Ruby. I’m learning Rust Lang as a hobby and thought about writing a blog post series every week on what I find interesting in it. We’ll talk about concepts which I come across. Rust is fascinating! So, We’ll talk, We’ll code, We’ll learn together.

Let’s get to the boring boilerplate question - “What is [Fill anything here]?”

Rust is a System programming language which offers thread-safe memory efficiency, and safe concurrency. Your code will not compile if there’s a slight chance that it’ll fail at run-time. It has a friendly compiler that helps you in debugging and suggesting workaround if there’s any compile-time errors better. It also offers better IDE support. It is said that it can easily integrate with other programming languages. Mozilla was the first investor for Rust and continues to sponsor the work of the open-source project.

What can you do with Rust?

You can literally build anything with Rust from writing a Web Application to an Operating System. Yeah, you heard that right!

Cargo is Rust’s package manager which manages dependencies and Crates.io is the package registry of Rust. When you build your Rust code, it creates a binary which can be run on any machine without the need for installing the Rust Ecosystem in the target machine. Yeah, it’s pretty much the same as Java’s “Write Once, Run Anywhere”.

Firefox is almost rewritten with Rust. Ever wondered how Firefox manages to be fast & memory efficient? It’s Rust fellas!!

Firefox’s CSS Engine Stylo was rewritten with Rust which was previously written with C++. The LOC was reduced to 85,000 from 1,60,000 with parallelism, which the firefox team tried to implement twice with C++ and both the attempts went in vain. This increased the page load speed by 30%.

NPM switched its authorization service from Node JS to Rust which was previously a performance bottleneck.

The search of the VS Code is reimplemented with rust and powered by ripgrep.

What will I be doing in my future posts?

The last system-level programming I wrote was C & C++ in college which frustrated me with pointers and dynamic memory allocation. Now that I’m getting my hands Rust’y, I don’t have to deal with dynamic memory allocation. As a beginner, Rust’s so fascinating like the Louvre Museum of France when I look from the outside. Can’t wait to see and explore its core! I’ll be talking about what I learned from the week with some problem-solving exercises. Watch out for my blog post, every Saturday.

P.S If you code with Rust, and have any suggestions for me, please leave a comment below 😀